Tinapa resort has huge potentials of becoming a major cash cow if transformed into Africa’s Largest Outdoor Studio. Nigeria’s Nollywood produces about 200 films every week; however one could state that it is more of a quantity over quality situation. Learning from China’s Hengdian World Studios which is currently the world’s largest outdoor studio, the viability of such a project is extremely high in comparison to Tinapa remaining as a business resort.

Problem: AMCON’s plan to revive the Tinapa Resort project has a HIGH possibility of failure.

Firstly, let me state reasons why I think reviving the Tinapa Resort project will fail.

In the case for a Film studio, a unique payoff is introduced into the equation and this changes things significantly. Sorry to say but the major advantage Tinapa Resort has going for it at the moment is sentimental attachment. 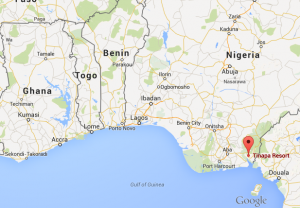 AMCON has revealed its plans to invest an additional N26 billion into the Tinapa Resort project. This amount of money will go a long way if invested into transforming Tinapa Resort into a Film Studio. AMCON will simply be taking advantage of the high number of film making activities in Nigeria. Not to forget the vibrant music industry that churns out music videos every single day. The market already exists within Nigeria; a studio will only consolidate all the different efforts driven by the private sector. There are no large film studios in this part of Africa, so you can be certain of getting patronage from clients in the neighbouring African countries. The investment can go toward the following areas:

To get the word around, a moderate budget movie can be produced using the installed facilities. When subsequent movies become successes, one can expect to have more revenue from tours.

Full impact potential: This will create a new dimension to film making in Nigeria. With affordable prices, filmmakers will be able to access facilities that they would normally find difficult to access. This will create an array of job opportunities for Calabar residents as there will be a need for technical staff and film extras.

[Images below were taken from Hollywood’s Universal studios]