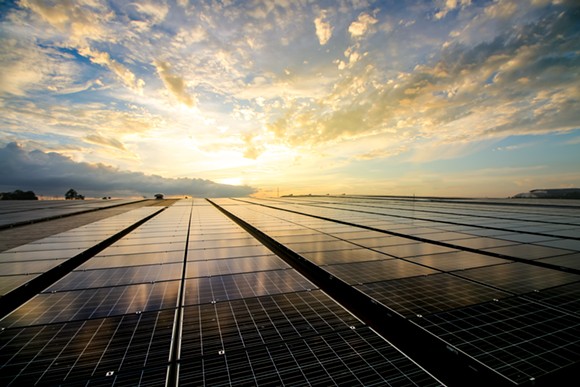 As with all economic elixirs, privatization has been oversimplified, oversold, and ultimately disappointing—delivering less than promised. Electricity supply to the average Nigerian has not improved between 2015 and 2019. Within the Last decade the Nigerian government has introduced dedicated policies and regulations, latest among them being the Nigerian Electricity Regulatory Commission Mini-Grid Regulation, 2016. Following the enactment of the Electric Power Sector Reform Act (EPSRA) in 2005, Nigeria’s power sector was unbundled and the vertically integrated entity NEPA, was divided into 6 generation companies, 11 distribution companies and the government-owned Transmission Company of Nigeria. It is apparent that the government is unable to fund sufficient energy projects to light up the country; it therefore needs the private sector. I am of the opinion that the current policies do not favour the economic climate for energy operators and investors to thrive.

In order to build my case, I will be providing some answers to basic questions that explain the reason for the poor state of electricity supply in Nigeria.

Why is Nigeria’s power supply unreliable?

Why is it likely to remain unreliable over the next 10 years?

1. Complications with tariff regulation- The most recently Amended MYTO2.1 (Multi-Year Tariff Order) methodology document (April 2015 to December 2018) provided on the NERC website does not seem to be updated. For instance, it has the old dollar rate (N178 to a dollar). There’s also the suspicious charge (HYPADEC charge), no consideration for solar Biomass & wind energy sources; only hydro and gas power considerations.

4. Ineffective government Mini-Grids policy and strategy- To explain this, I will provide additional background information.

According to energypedia.info, a mini-grid is an off-grid electricity distribution network involving small-scale electricity generation (10 kW to 10MW) which serves a limited number of consumers via a distribution grid that can operate in isolation from national electricity transmission networks. Mini-grids based on renewable energy sources provide clean energy to communities in rural and remote areas that lack access to modern energy services.

1. Increase the Mini-grids cap from 1MW to 10MW. This increases the impact potential and better economies of scale options to investors

2. Focus on Urban areas through Interconnected Mini-grids. They not only consume more energy but can afford to pay higher tariffs and free up consumption from the National Grid.

3. Direct State Government involvement in attracting investors. Lagos State can be a pioneer of such initiatives through its Lagos State Electricity Board. The approach could be in form of a PPP arrangement in which requirements such as licenses, land, permits and clearances for the Mini-grid solution would have been acquired prior to the formation of the PPP venture. This would include a pre-existing tripartite contract with the community and Distribution Licensee to construct, operate and/or maintain an interconnected Mini-Grid as required by NERC; and then resold to the highest bidder. There are typically four models to choose from: a state-run utility; a private developer; a community-owned scheme; or a hybrid approach.

5. Fully remove tariff regulation for Interconnected Mini-grids deployed to metropolitan/urban areas. This will attract investors on a massive scale.

These are my recommendations as to how the Nigerian government can revolutionize electricity supply in Nigeria in the shortest time. Please feel free to share, make comments or counter-arguments! God bless Nigeria.

China’s 40-megawatt power plant has 160,000 panels resting on a lake that emerged after the collapse of a coal mine in central Anhui province.

Mini Grids (Tanzania)- As at 2017, the national utility (TANESCO), private businesses, faith-based organizations and local communities own and operate over 100 mini-grid systems with a total installed capacity of 157.7MW, serving over 180,000 customers. By comparison, Tanzania’s central grid has installed generation capacity of approximately 1,500MW, with mostly hydro and natural gas.

Several tools are available to support the design of a mini-grid:

•        GIZ Mini-Grid Builder. This is a free web tool aiming to reduce up-front project development costs through the utilization of site survey data. Users can perform calculations on the energy demand and the required generation capacity. The tool includes financial analysis that facilitates the projection of an initial project budget (http://www.minigridbuilder.com).

•        HOMER. This is a software for micro-grid and distributed generation power system design and optimization (http://www.homerenergy.com).