The Nigerian football league has huge potentials of becoming a major money-spinner if it receives the right kind of publicity and investment. Nigeria has a large number of football lovers who are fans of foreign football clubs. Football has become part of the culture, so we might as well use it to our advantage by creating stars out of our local league, taking advantage of digital media. There is no doubt that there is talent in Nigeria, it is all about the narrative which can be rewritten by creating the right brand, hype and access.

My proposition is quite simple.

Privatize the government owed football clubs by selling them to the richest people in Nigeria. This would raise a lot of eyebrows and attract the attention of Nigerians- the perfect publicity stunt. Most importantly, it is an appeal to the patriotism of the wealthy folk who are very capable of capitalising on the opportunities in the local league. Offers such as Tax holidays, Lease deals on government owned stadia for club matches should also be presented.

The table below is a proposal for the sale of 17 state-owned football clubs with the corresponding prices and hopeful buyers. This sale, if successful, will generate about $50 million.

*Enyimba owns its own stadium which explains the additional cost.

On completion of the sales, revenue generated should be used for the following 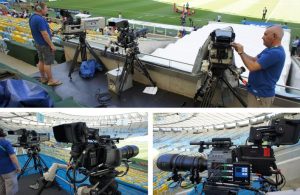 Implementation is very important. You need a team of thinkers, media gurus, digital experts and patriotic Nigerians with integrity. We have lots of them and yes! Young people. Remember, these are the people that will form a bulk of the expected fan base.

Expectations of buyers include-

Sources of revenue for buyers

Full impact potential: This will create enormous opportunities for Nigerian football players, increase the likelihood for discovery of more talents, create employment, and attract more investment and professionals from around the world. One thing Nigeria has is “numbers”- put that to use and create great value.

Other interesting facts: Most Italian stadia are not owned by the clubs, but leased. The system is outmoded, and costs clubs some revenue.